My Lebanon
I arrived from Pakistan intoxicated with the Taliban, chai, and burkas, and I found an alien country wrapped in nostalgia, with silicone women and night parties. Those were times with more doubts than certainties when I discovered a vital gap between the glamorous image projected by the city and the lack of electricity and water that I gradually accepted with resignation in my daily life. 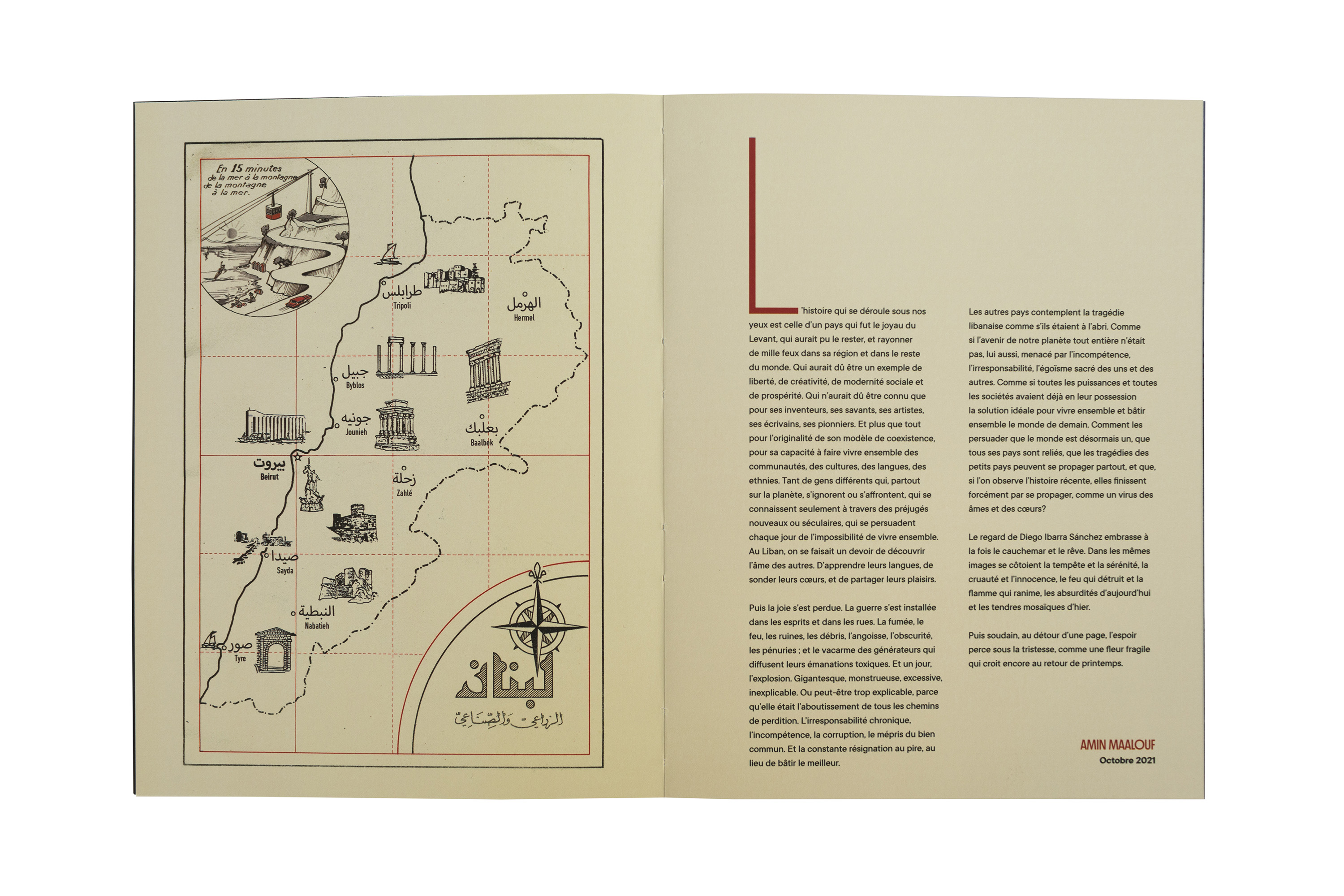 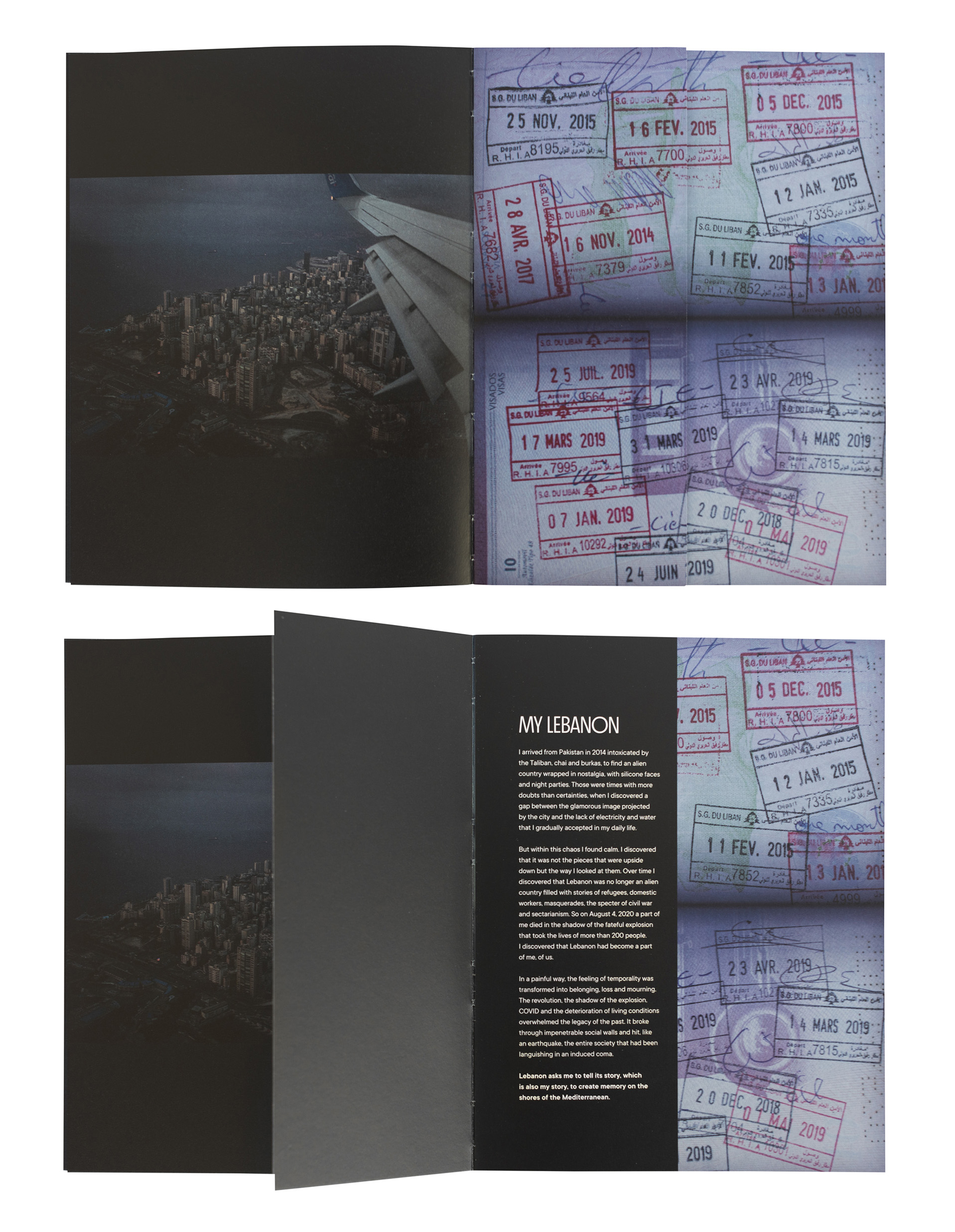 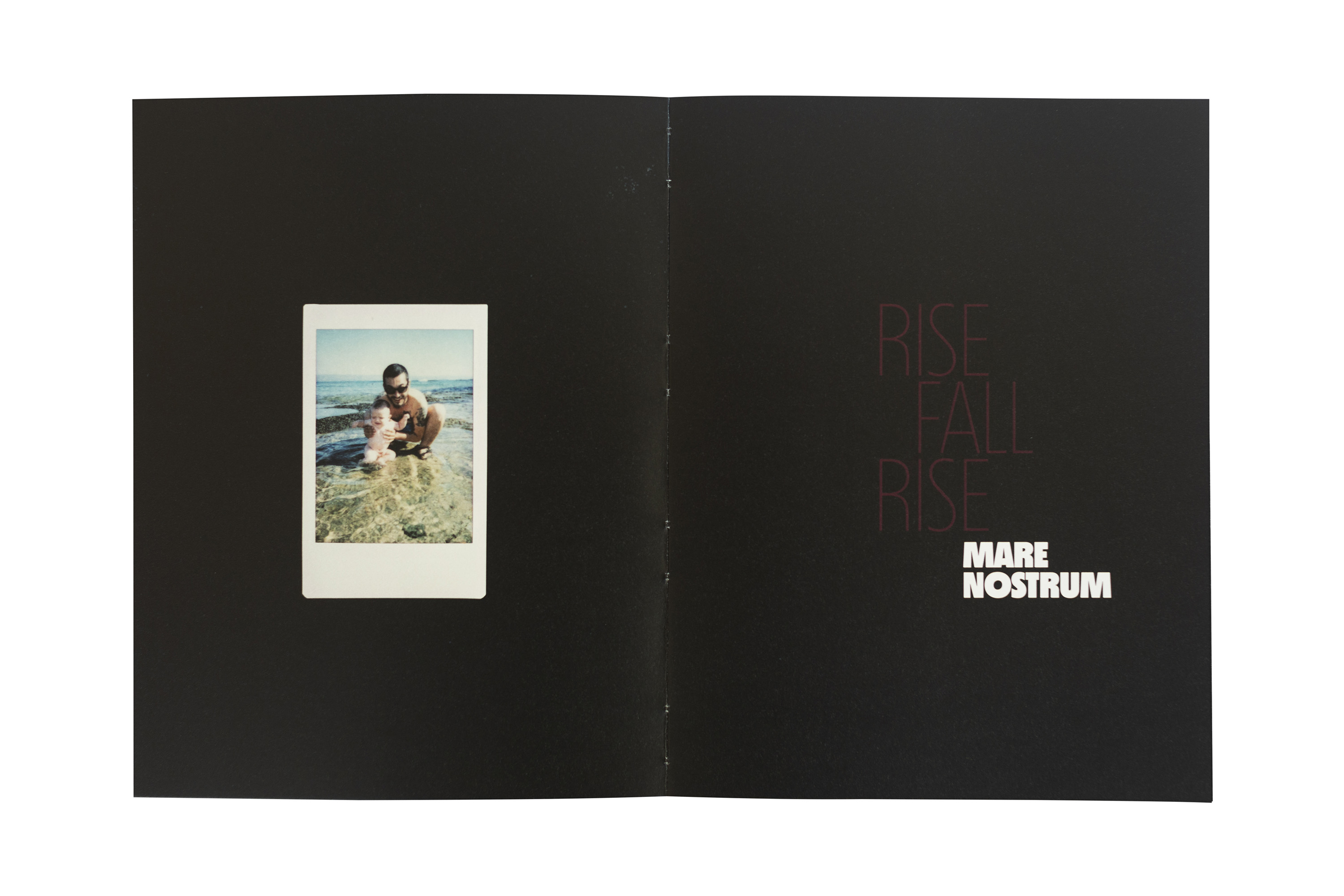 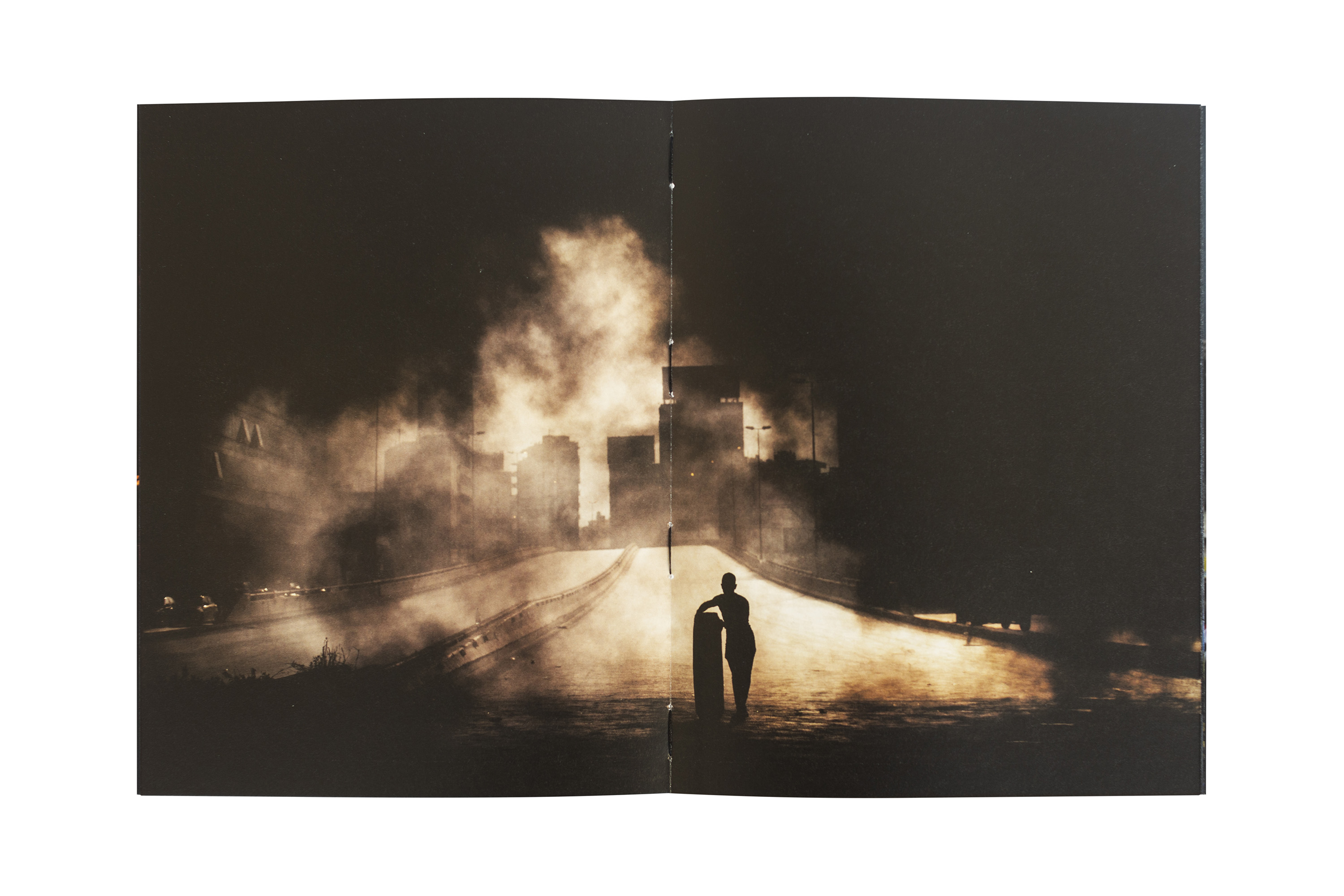 In a painful way, the feeling of temporality was transformed into belonging, loss, and mourning. The revolution, the shadow of the explosion, COVID, and the deterioration of living conditions by leaps and bounds seemed to engulf the legacy of the past, breaking through impenetrable social walls and hitting, like an overflowing torrent, the entire society languishing in an induced coma.

Lebanon asks me to tell its story, which is also my story, to create a memory on the shores of the Mediterranean. 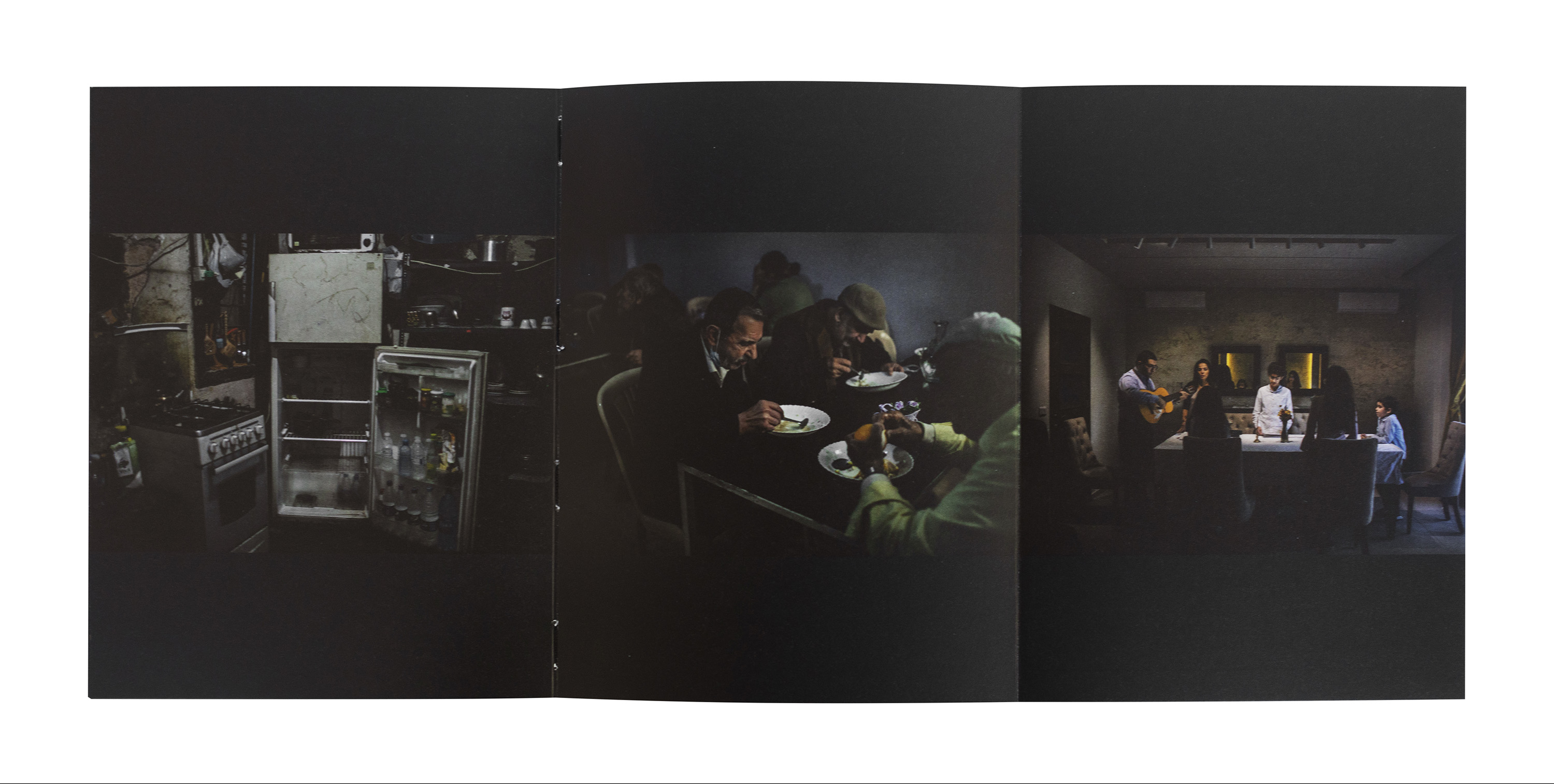 My aim is to create a visual testament through my personal life experience. The Phoenician Collapse doesn’t pretend to be the only truth of the collapse of this unique country, nor is it a history book, but it is a window of the decline of an era that I lived through.

Lebanon is an amalgam of 17 different sects converging and collapsing on the shores of Mare Nostrum. Without pictures, there is no memory. Without memory, there is no hope for a better future.

The Phoenician Collapse is an intimate view of the complex Lebanese social fabric through the eyes of the Spanish photographer, Diego Ibarra Sánchez who documented the life, death, and resilience there for seven years during the unfolding of the worst national economic crises the world has seen in more than 150 years.

The Phoenician Collapse is a tale of a crisis within a crisis to create a visual testament to the memory of the twilight of a glorious nation.

The book has been curated by the former photo editor of National Geographic Magazine SARAH LEEN, is part of the “Jalón Ángel photography books collection” (USJ), and is produced by FOTOEVIDENCE and the Jalón Ángel Archive (UNIVERSIDAD DE SAN JORGE). 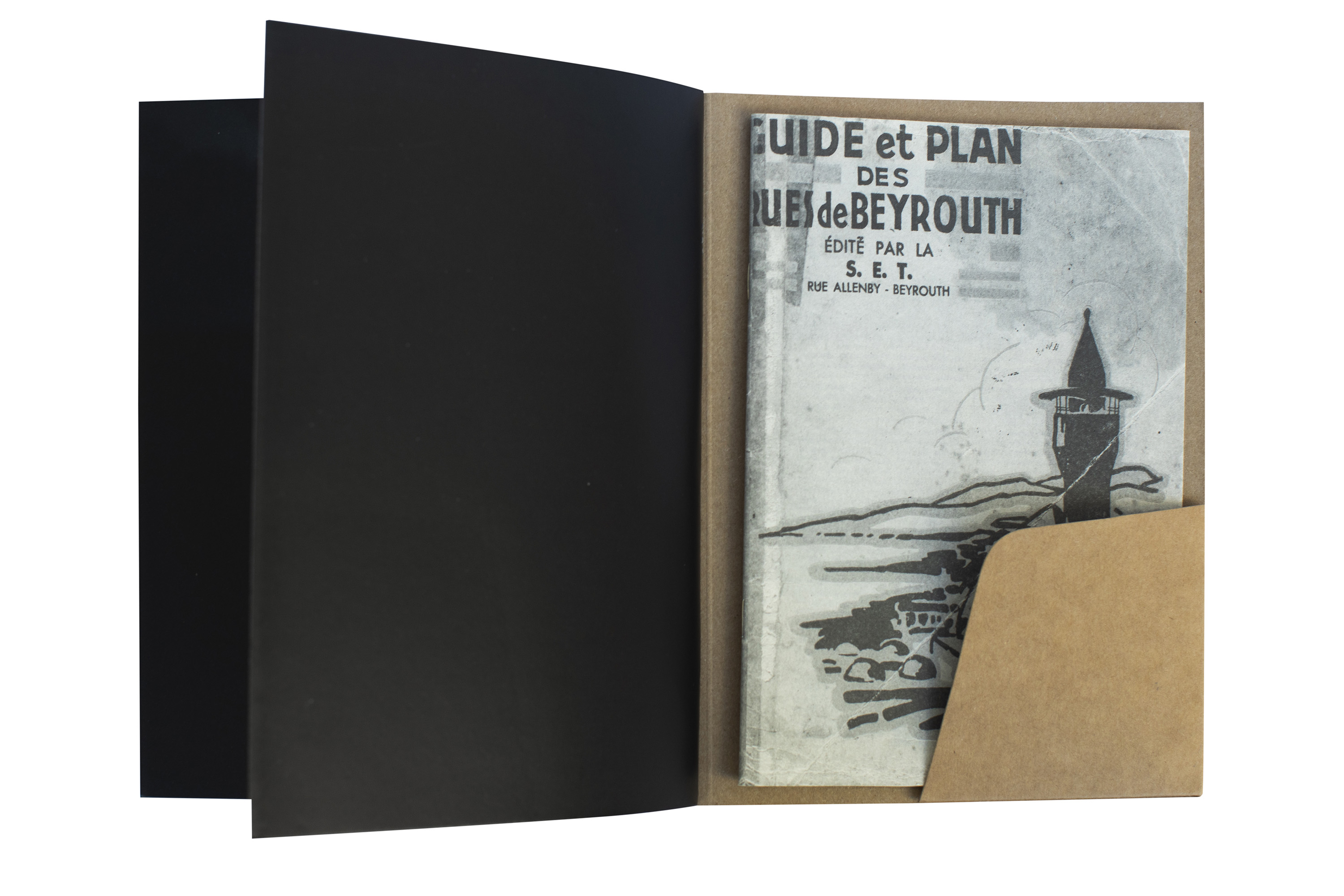 The book includes photographs, personal notes, and artifacts from the glory times of the Phoenicians to its fall. The book contains a foreword by Amin Maalouf, winner of the Prix Goncourt in 1993 and, the 2010 Prince of Asturias Award.  It has been enhanced with journals by Diego and his life partner, journalist Ethel Bonet, author of The Yazidi Genocide book, reflecting on their personal experience during the collapse. 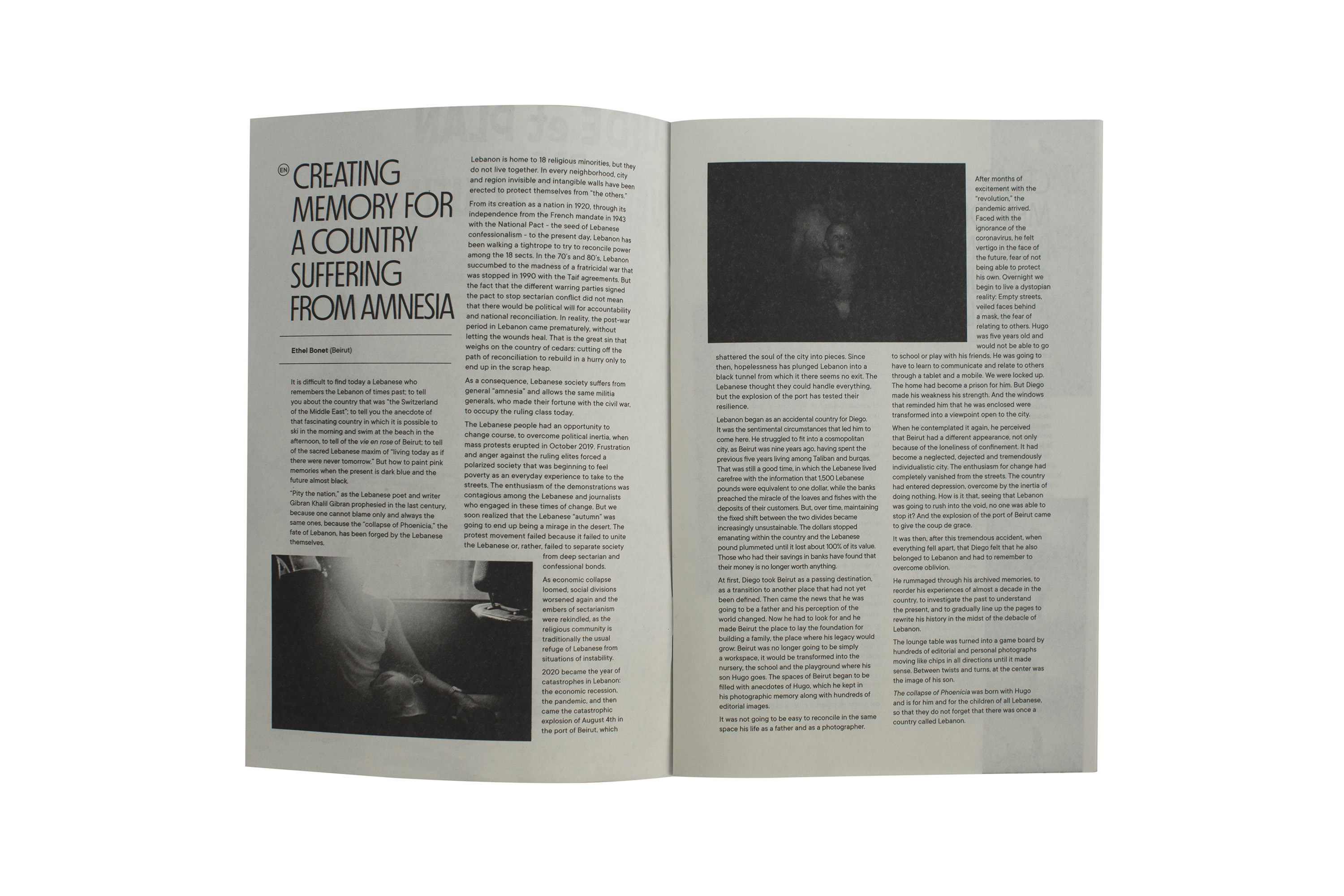 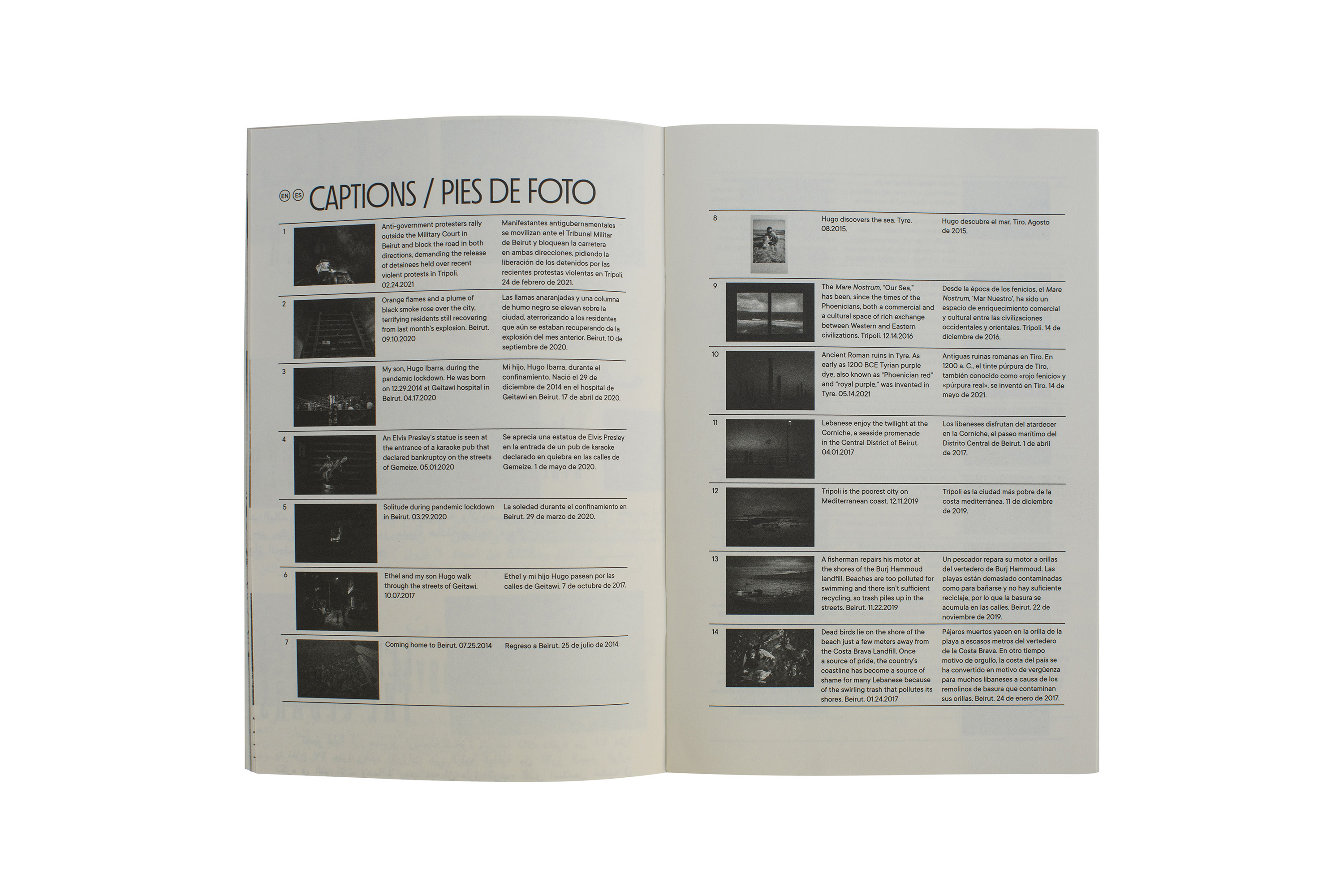 The book has been released in English and Spanish.  It has a handmade binding; 318 pages and its size is 16X21cmThe book has a special edition of 54 copies for collectors with a size of 23x28 cm

The book has a handmade binding. The author ran a successful crowdfunding campaign on November 2021 for making real the project.